The FOCUS Foundation has officially launched its i-Transform Africa project destined in pilot phase to different countries of the sub-region such as Ivory Coast, Burkina-Faso, Cameroon and Benin. A press conference with journalists in person was organized on Monday 25 April 2022 at the Foundation’s headquarters in Abidjan and online for those in Cotonou.

The pilot phase of the values-based transformation project, i-Transform Africa, which aims to train 1,000,000 Beninese youth in leadership values ​​by December 31, 2023, was launched on Monday April 25, 2022, through a press conference. in contact with journalists at the FOCUS Foundation headquarters in Abidjan and online from Cotonou. The ambition of the FOCUS Foundation is that young people are trained in values, according to Raphaël Tchomnou Ngantchop, Certified Professional Coach and President of the FOCUS Foundation. He explained that Africa’s economic, social and political development will necessarily go through an inclusive process of Values-based Transformation.
Through the iTransform Africa project, which will be implemented for the benefit of young people, it is a question of attacking evil at its root. iTransform Africa is a program that aims to build a strong, prosperous and sustainable Africa. It is implemented through national projects whose aim is to instill in the young population the fundamental values ​​of success and development. The project intends to train at least 20% of the young population in leadership values ​​in 2 years; install and support permanent leadership club animation in at least 80% of secondary and tertiary education institutions and support public authorities in formulating youth development priorities as well as associated action plans (optional). 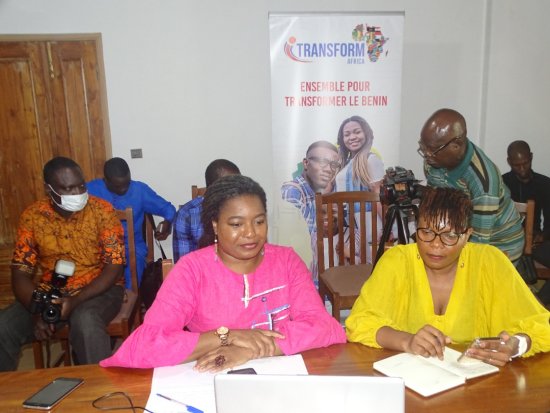 In Benin, iTransform Africa intends to support the vast reconstruction program initiated by His Excellency Patrice Talon, President of the Republic of Benin, thanks to a transformation that induces: change of mentality, deconstruction of paradigms and definition of a new value scale for sustainable growth.
A five-phase project

The first phase of the project is the national survey on values ​​among the young population. “This is a survey that is carried out among young people aged 16 to 25. (…) For training, the values ​​that emerge from the national survey will be maintained. We will select eight (08), ”said Raphael Tchomnou Ngantchop, Certified Professional Coach and President of the FOCUS Foundation. “Starting this Friday (April 29, 2022, ed.) We will share the link to this survey on all our channels and we really want there to be a wide-ranging commitment. We have the ambition to reach at least 100,000 young people aged 16 to 25 whose answers on the selection of these values ​​will allow us to set up an adequate training in order to have results “, said Adjraratou Lawani., Certified professional coach, head of communication and of the digital marketing of the i-transform Africa Benin project.
The President of the Foundation explains that all the didactic tools for training will be developed during the second phase. “For each value, we will develop key training tools suitable for young people aged 10 to 14, 15 to 18 and 19 to 25 years old. These are the tools that will be used by the trainers who will be deployed on the field and by the young people who duplicate the training ”, explained Raphael Tchomnou Ngantchop.
All teaching aids and tools that will be used during the training sessions will be produced in the third phase.
The fourth stage is the deployment of the transformation mission. “The first real transformation mission for Benin is scheduled for 12-20 August 2022. In this mission we plan to come to Benin with at least 100 coaches, who will come from outside and on site in Benin. We intend to recruit at least one hundred passionate youth trainers-teachers-coaches. Furthermore, we plan to recruit around 120 young people in the different departments. They are young people who are passionate about communication, who want to share that we will be formed as formators of other young people. And after the fifth phase, it will be the installation of leadership clubs in all institutions, universities and so that at the beginning of 2023 the second transformation mission is deployed in Benin because the goal is that at the end of 2022 we there are 200,000 young people and at the end of 2023 there are 1,000,000 young people trained ”.
i-transform Africa, which is an innovative and transformative project, was born in Benin thanks to the support of Minister Oswald HOMEKY, Minister of Sport, who agreed to support this project until its completion.
The preliminary phase, which will be launched nationally from Friday 29 April 2022, will continue until 15 May 2022.
Targets between the ages of 16 and 25 will be able to respond in less than 10 minutes by clicking on a link that they can receive either via text message, WhatsApp or on their Facebook accounts.
Benin is the first pilot country of this transformation project. Then the other countries will follow such as Ivory Coast, Burkina Faso, Cameroon etc.
For a month already, about twenty coaches and young fans have mobilized to carry out this project.
MM.
SOME IMAGES OF THE LAUNCH PRESS CONFERENCE