This Thursday, June 16, Elon Musk spoke to Twitter employees and answered many of their questions. A long-awaited intervention, given the climate of uncertainty that reigns within it; many employees doubt the billionaire’s ability to lead a large social network. Layoffs, telecommuting, services … Musk has covered many topics, here is a summary of his main releases.

Layoffs and teleworking… Answers that can sow doubts

The issues of layoffs and telecommuting are probably among those that worry Twitter employees the most since Elon Musk’s announcement of the platform’s acquisition, especially since the latter has forced Tesla employees to spend at least forty hours a week. At the office. Currently, more than 1,500 Twitter employees use teleworking and Jack Dorsey had nothing against it, which he even wanted to democratize.

In the same category

“Online insults” now punishable by one year in prison in Japan

“ If someone can only work remotely and they are exceptional, it would make no sense to fire them. Definitely not in favor of crazy things “Elon Musk said about it. He also added that his bias of him is strongly in favor of working in person, but that managers can decide which of their employees can work remotely, as is the practice at Tesla.

Musk also touched on the economic situation of the social network and said that a “ costs currently exceed revenues “, Adding it” it’s not a good situation When asked about possible layoffs, the billionaire assured anyone who is a major contributor shouldn’t worry, which didn’t necessarily reassure employees.

One of the questions was about Musk’s ambition to become or not CEO of Twitter once the acquisition was completed, to which he loosely responded by saying he was not interested in ” titles “, Reports the Wall Street newspaper. In five or ten years, Elon Musk wants to see the number of Twitter users increase from 229 million to over a billion.

He further touted the merits of more ” fun like TikTok and WeChat, platforms from which he would like to draw inspiration for the future of Twitter. He also reiterated that he is not against advertising as a model, pointing out that it is very important to Twitter’s business, but both advertising and following are essential to increase revenue. He added that the ads should be fun and that he didn’t want companies to advertise. ” bad products “. 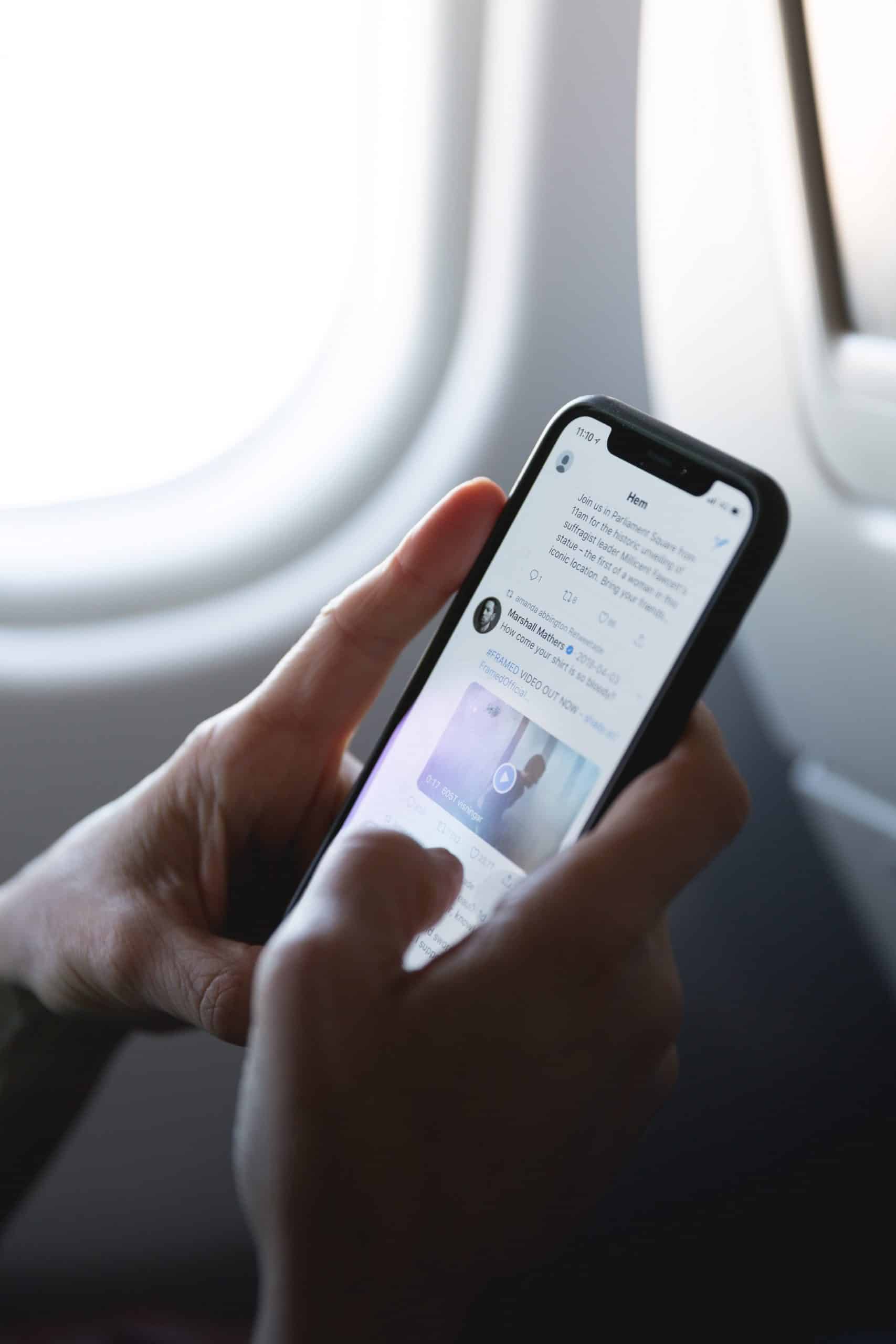 Elon Musk raised the idea of ​​having to pay to be verified on Twitter. Photography: Marten Bjork / Unsplash

The richest man in the world pitched the idea that users should pay to be verified as real human users, through a tool like the Twitter Blue subscription service. He also proposed that Twitter use verification as a way to rank content on the platform, his goal is ” maximize the usefulness of the service “.

Unsurprisingly, Elon Musk was also asked about his view of freedom of expression. As a reminder, he was not opposed to a potential return of Donald Trump to the platform. He therefore distinguished between freedom of speech and freedom of access. According to him, this means that people should be allowed to say pretty outrageous things within the law, but they don’t necessarily deserve their tweets to be amplified and go viral on Twitter.

Since the announcement of the Twitter acquisition last April for $ 44 billion, Elon Musk continues to create controversy. In fact, he declared the acquisition frozen pending more details on the volume of fake and spam accounts on the social network. He then wanted to revise the redemption price downwards and also accused the top executives of the platform of ” retention of information on fake accounts.

If his speech to employees has shed light on his vision for the future of the social network, it is not certain that the latter will feel reassured. Bloomberg in fact, reports that the billionaire’s observations on telework have aroused a lot ” inflamed on the company’s internal messaging system, Slack.

Twitter wants to hold a shareholder vote on the acquisition deal by the end of the summer and close it shortly thereafter, barring unforeseen developments. For his part, Elon Musk promised he would return for another question and answer session.