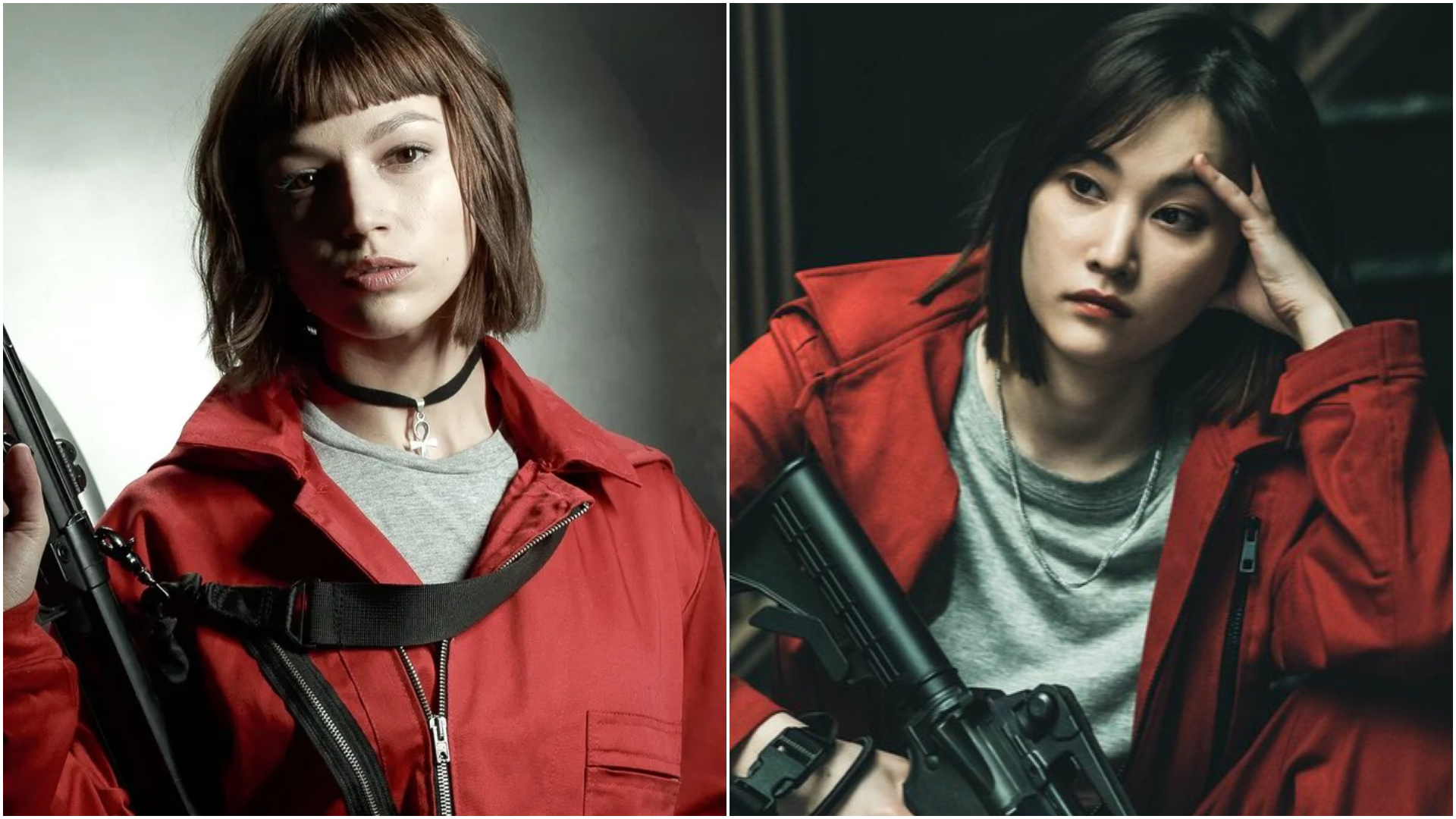 “Money Heist: Korea” offers a new interpretation of “La casa de papel”. We find the same characters including, of course, Tokyo. Find out who Jeon Jong-seo is, the actress taking on the role Úrsula Corberó played before her.

Of The Casa de Papel at Money heist: Korea

In the summer of 2017, the Spanish channel Antena 3 launched the first episodes of The Casa de Papel. At the time, the series remained rather confidential as it was limited to broadcast in Spain. But Netflix was there, and in December of that year, the show hit the platform. It was the beginning ofa real phenomenon This will result in two seasons, divided into five parts, which will be broadcast for four years until December 2021.

As a reminder, the series features a group of robbers who lock themselves in at the National Currency and Stamp Factory in order to to print more than 2 billion euros. To achieve their goal, they must remain on the premises for eleven days with hostages, thus preventing police intervention. To help them, the professor who came up with this plan stays outside and gives his instructions. And in order not to be recognized, they all call themselves by aliases, names of cities like Tokyo, Berlin, Rio or Nairobi.

Jeon Jong-seo, the revelation of combustion

Among the most appreciated and outstanding characters of The Casa de Papelthere were Tokyo. The series allowed its performer Úrsula Corberó to reveal herself and she has since been able to star in a major American production Snake-eyes. It was therefore necessary to find someone of size to resume his role Money heist: Korea, the Korean remake that Netflix has been offering since June 24th. And the production was not mistaken in the setting Jeon Jong Seo. The actress doesn’t have many roles to her credit yet. But the few productions that we were allowed to see with her already gave an insight into her personality.

This is how we were able to discover it in the excellent combustion (2018) by Lee Chang-dong, a critically acclaimed auteur film. In it, the actress turned the head of an introverted boy before entering into a relationship with another from a wealthier background. The film subtly questioned class relations. Jeon Jong-seo was fascinating. We remember special her sensual and symbolic dance in a setting sun and overlooking North Korea.

The callingan effective thriller on Netflix

To combustionthe actress found herself in the casting The calling, an effective thriller in which a woman talks to a stranger on the phone. She finally understands that she is talking to the former owner of her house, who lives in a different time, twenty years ago. A neat and suspenseful film in which Jeon Jong-seo shows a darker face. The film is available on Netflix.

Next to inside Money heist: Koreawe can find the actress in soon Mona Lisa and the Blood Moon by Ana Lily AmirpourThe bad batch). Although Jeon Jong-seo is still little known to the general public, his performance in the Netflix series u his charisma lie with Úrsula Corberó. We can therefore expect that this remake of The Casa de Papel opens the door to new projects.