When a child was asked, “What do you want to be when you grow up?” the answers were classic. While in the past young Moroccans dreamed of becoming doctors, police officers, teachers or lawyers, among other things, which would allow them to achieve a certain social status, today the new generation (also called Generation Y) is attracted to a new occupation that tends to be becomes a profession in its own right.

Nowadays, it has become common to find a story, post, or other format of content from an influencer that recommends or advises against a brand’s products to their community online. Therefore, by leveraging their influence over the netizens who follow them, influencers are likely to build and break a product’s online reputation. Who are these new web “stars” and how much do they make?

In the shoes of a Moroccan influencer

An influencer is an Internet user who, thanks to their strong presence on social networks, has managed to become a relay of opinions for consumers. The internet has actually allowed many people to gain influence and in turn be followed by thousands or even millions of fans. As a result, it is digital influence that is gaining the upper hand among the many communication levers today. It must be said that influencer marketing has quickly been incorporated into the communication strategies of big brands to promote their products while attracting new customers, especially among young people, almost all of whom are now connected to the internet. This is why influencers are in such high demand today. However, they must meet certain requirements. In practice, the more an influencer has a large community, the more likely he is to be contacted by every product manufacturer.

There are three main categories of influencers depending on their number of subscribers or followers on social media. First of all, there are the macro-influencers who mark Internet users with a good reputation, often grouping more than a million subscribers on their pages or accounts on social networks. Then come the micro-influencers. The latter represent much more interesting profiles in the eyes of brands because they are more committed to their respective communities. Getting feedback on a product or service is important for many businesses, and this is where micro-influencers come in. Finally, there are the so-called nano-influencers, who usually operate in so-called niche areas such as beauty products, mobile phones or even luxury brands. In this particular case, the relationship between the influencer and the brand he is going to promote can be direct or through an influencer marketing agency that manages relationships with influencers. The latter will define an influence strategy on behalf of the brand and classify the influencers it uses according to their level of performance.

For some time now, we have been observing a different form of influence on the Internet in Morocco. This is known as “unboxing”. This new trend, which is gaining momentum, is to unpack a product and give first impressions via video. Specifically, an influencer receives a given product (mobile phone, tablet, television, coffee maker, hair clipper, etc.), which he unpacks before trying it out live in front of his camera. However, we regret that influencers who indulge in “unboxing” are content to highlight the advantages of this or that product without getting too bogged down in its vulnerabilities or health hazards, such as certain mobile phones and cosmetic products.

Earning money has never been so easy

In Morocco, thanks to digitization and the popularization of social networks, making money online has become child’s play, especially for influencers who can multiply their earnings in different ways. The first source of income for an influencer is “affiliate marketing”. It is a technique that consists of promoting the services or products of an advertiser’s website in exchange for a fee based on sales, traffic or the number of registrations that the influencer has been able to generate. In practice, the influencer recommends the products and/or services in question to his followers (followers) and offers a promo code to encourage them to buy them. Affiliate marketing allows the influencer to get paid based on the sales they make. In general, the remuneration to be obtained as part of marketing varies between 5% and 20% of the value of sales made by its subscribers or followers. Sponsored partnerships are also an important source for influencers. These partnerships take the form of contracts where the influencer is required to promote a product x or y through stories and short posts (descriptions) on their profile. The amount of compensation to be received depends primarily on the brand, but also on the quality and reputation of the influencer. In general, the earnings that the latter receive can amount to hundreds or thousands of dirhams per publication, provided that it is followed by a large number of netizens. The third source of income for an influencer is the sale of training, which makes it possible to offer training in photography, marketing or real estate sales. This category of influencers is almost non-existent in Morocco, as the influencer’s activity is not yet regulated in the kingdom. As a result, a large proportion of Moroccan influencers give their opinions on everything. Some even go so far as to speak out, particularly on medical or political issues, without knowing the facts. For many observers, this leads to the question of whether ethics and influence on the Internet can go hand in hand. 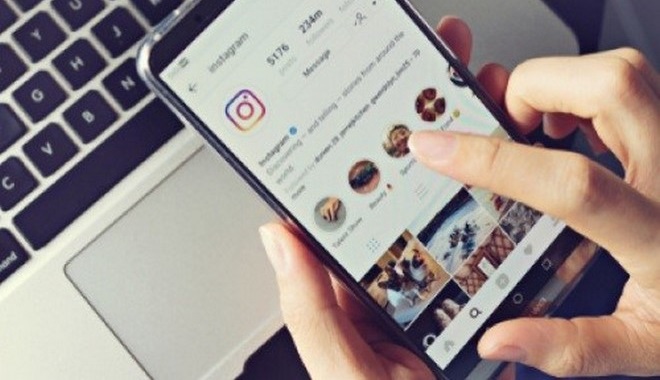 In the absence of official data, it is difficult to determine the exact income of influencers in Morocco, but it is estimated that they lead a comfortable life with the least effort, unlike the majority of citizens who have to work hard to support themselves and their families. The reporter contacted a young influencer who lives in an upscale neighborhood of Casablanca. Followed by almost two million people on Youtube, she told us that we should receive an average of 20,000 dirhams per month from this video hosting platform. And our interlocutor adds that prices vary depending on the fame of the YouTuber. For other social networks, Instagram remains the most used platform for influencer marketing. Here it is the collaborations with brands that influencers pick up on. Here, too, the tariffs vary according to several criteria, in particular according to the size of your community.

In general, an influencer or an influencer with a community of 100,000 followers or more can charge 20,000 dirhams for a post and some photos in a story praising this or that brand or product. The other parameter considered is the scope of the device and the type of content. This corresponds to the size and duration of the campaign and the number of posts. The production of a video requires more resources than a simple post, not every type of content requires the same amount of time and effort, this criterion also influences prices. For a photo with product placement published on Instagram, prices vary between 2,000 and 7,000 dirhams. For stories that exceed 20,000 views, the average price is 3,000 dirhams, our source explains.