The launch of its flagship X80 in Europe this Wednesday 15 June was the occasion for Vivo to provide some details on its photographic partnership with the German group Zeiss. This optics big is not the only European player to have relations linked with a Chinese group: Xiaomi has recently signed with Leica (which previously worked with Huawei and Sharp) and Oppo has established relations with Hasselblad, relationships of which you can read the outline in our interview with their cinematographer.

Although no major smartphone maker is (more) European, the “old continent” is nonetheless at the center of all photography-related announcements. Both for historical reasons and real know-how, as well as for reasons of image and relations between Asian countries.

Europe, the cradle of photography

Zeiss, Leica, Hasselblad and, in the past, Schneider / Kreuznach: four European companies that Asian groups have used for their cameras (Samsung / Schneider) and for their smartphones (Sony / Zeiss, Vivo / Zeiss, Huawei / Leica, Sharp / Leica, Xiaomi / Leica). But no Asian or American brands. This is true even though, between the history of Kodak and Polaroid on the one hand, and of all the Japanese groups on the other, most of the cameras produced between the 20th and 21st centuries come from these two countries.

One of the obvious reasons is that these electronic groups need outside expertise (like all industrial groups). And for the youngest of these companies, they need support, advice and legitimacy. And with Europe being the birthplace of photography, the continent seems to be the best place – and its population, which is one of the richest in the world, knows, at least by name, these great names in photography. 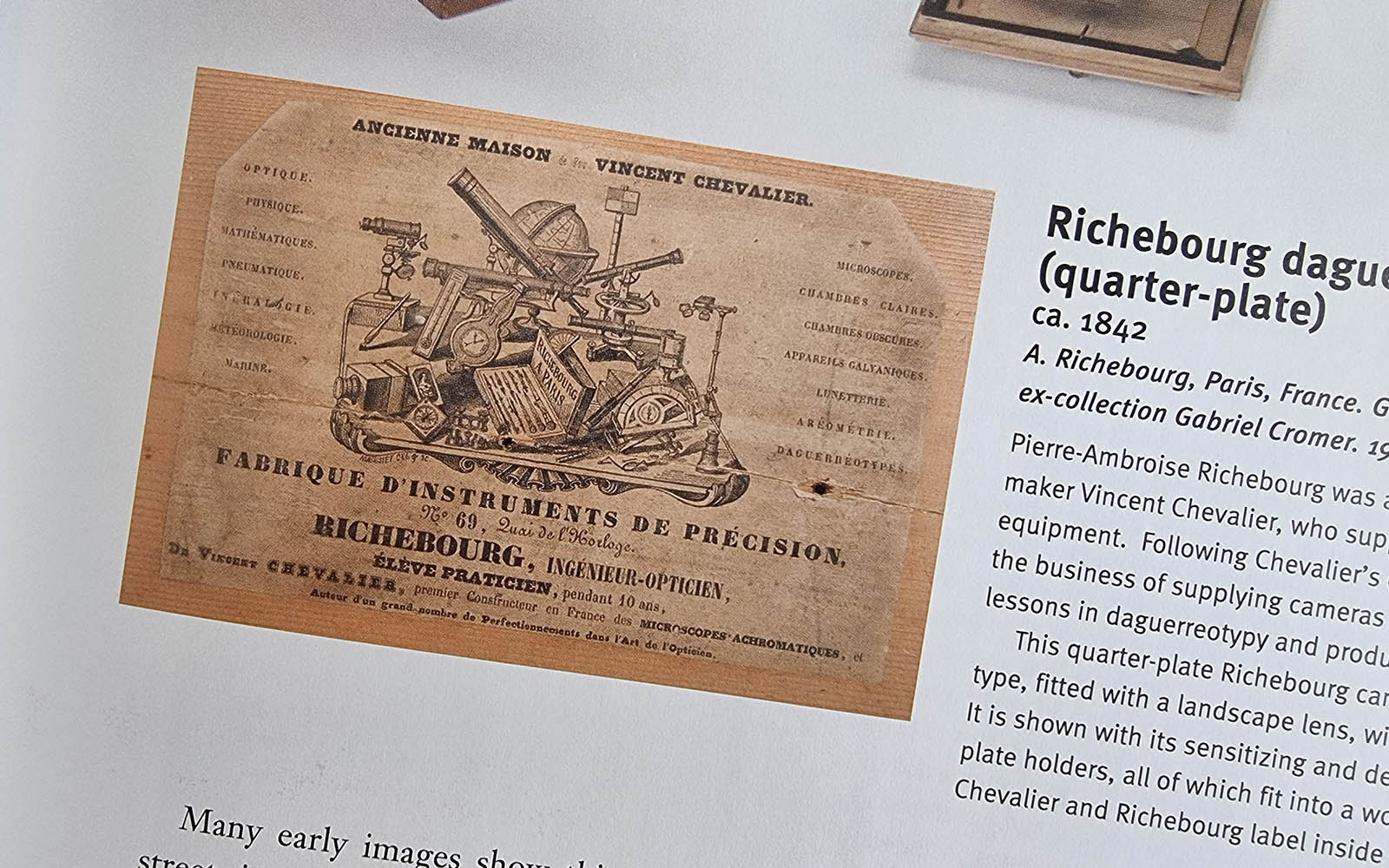 In the game of photographic influence, the big winners are the Germans. And the losers? The British and the French. If it was the competition between these two countries that gave birth to photography and the first technology and device war, their industries were quickly wiped out. From the Americans and Germans at the end of the 19th / beginning of the 20th century, then by the Japanese from the beginning of the 20th century. The Japanese who have established near-total world domination: Canon, Sony, Nikon, Olympus, Sigma, Fujifilm, Panasonic or even Ricoh / Pentax are all Japanese companies.

With some remains on the optical side (Angénieux) and the case with the formidable adventure of Pixii, France preserves and tries to recreate the know-how. But most of what remains in France in terms of image is focused on defense and aerospace. And it doesn’t weigh much against the Germanic titan that is Zeiss.

Is the European choice flirtatious or romantic? If we must not delude ourselves in certain marketing objectives of “new” companies to rely on prestigious brands, the reality is that in Europe there is real know-how. But who is often misidentified.

European know-how is not what you think

Two types of discourse frequently emerge among Sunday commentators: It’s just marketing “or viceversa” They are the ones who do everything because the brand knows nothing about photography “Both of these claims are obviously false.

But it is worth remembering some truths: no brand works independently and European know-how is not necessarily in optical design as we too often imagine. “ We don’t develop real optical designs explained Benjamin Völker, Zeiss optical designer. ” But we are involved in its design from the very beginning. Not only with our partner, but also with the whole horde of suppliers such as sensor suppliers like Sony or Samsung, optical design studios, optical drive manufacturers like Sunny Optical, etc. “. Zeiss, like Leica, therefore provides a magic formula less than design qualifications, material recommendations, optical defect simulations, etc.”

” The development and production flows of smartphone lenses are very complex explains Oliver Schindelbeck, Senior Smartphone Technology Manager at Zeiss. ” The good analogy is that of car manufacturers integrating the products of their subcontractors. In this process, we act as coordinators of the photographic part “.

Between the historical know-how acquired from the sale of lenses and cameras and the rigorous color culture of the old continent, the Asian groups enjoy welcome support. Support that could also come from Japan, right? How is it possible that the land of the world’s largest photographic groups is not the flagship destination of these Asian industrialists?

In recent years, there has been a lot of speculation and rumors about a “Nikon phone”, a “Canon phone”, etc. The rumors not only never materialized, but moreover they are denied by real examples: for his photographic part, the Japanese Sharp last year turned to Leica and not to one of these compatriots. Unfortunately, to our knowledge, there is no specific study on the lack of synergies between Japanese photographic groups and Asian companies. We must limit ourselves to framing the issue with non-quantifiable elements.

The first is the perfectly proven cliché that Japanese companies are sanctuaries of secrecy. The culture of working in silos and the avarice of details, we live it daily on 01net.com: after more than 15 years of often very evasive photographic briefs, the Japanese engineers win, in our opinion, the prize for the quietest interlocutors. When they invite us to see their research center and their factories, you literally have to put pressure on them and kidnap them (we don’t even have to pull the worms to this level anymore!) To be able to write anything else just trivia – in this article , read the final box “We cannot comment”.

To this silent side, we add the almost total character of the island of this sector. Sony, Nikon, Canon, Olympus, Fujifilm, Sigma, Panasonic and Ricoh / Pentax look at each other like clay dogs and are afraid of being stung by their engineers – in some cases it’s just about crossing the road! This paranoia is logically even greater with other Asian countries accelerating their industrialization at a time when Japan is suffering.

Finally, there is the history and in particular that of imperialist Japan, a dark period that goes from the mid-nineteenth century to the end of the Second World War. Among the various Sino-Japanese wars, the Nanking massacre, the terrible occupation of the Korean peninsula, etc. The behavior of Japanese soldiers has left its mark on current international relations. Frequent visits by Japanese prime ministers to Yasukuni Shrine (where many war criminals are buried) regularly draw Chinese ire. And the refusal of various Japanese governments to recognize the atrocities perpetrated in Korea – such as the condition of “comfort women” – does not put them in the odor of sanctity on the peninsula.

While the economic competition and emotional charge towards the Japanese is strong, the physical and cultural distance (as well as the considerable differences in business) with Europeans makes them more attractive.

To this we must also add that many Chinese interlocutors that we were able to meet in the various photographic departments of the smartphone brands underline the “cultural heritage” of Europe. With an almost romantic perception of the continent and what it conveys for them: less dense cities with less oppressive perspectives, a sensitivity for warmer colors and less saturated tones.

Far from being just image deals (although there have been), modern contracts between European image specialists are a godsend for Asian groups. Which not only benefit from real know-how and a good image in Europe, eliminating any friction that the mention of a Japanese group could have on the terminals. On the side of Zeiss and other Leica, these offers bring money, consolidate and develop know-how and allow the brand to shine at a lower cost.

And what about the influence of France?

DxO, a Frenchman who broke away 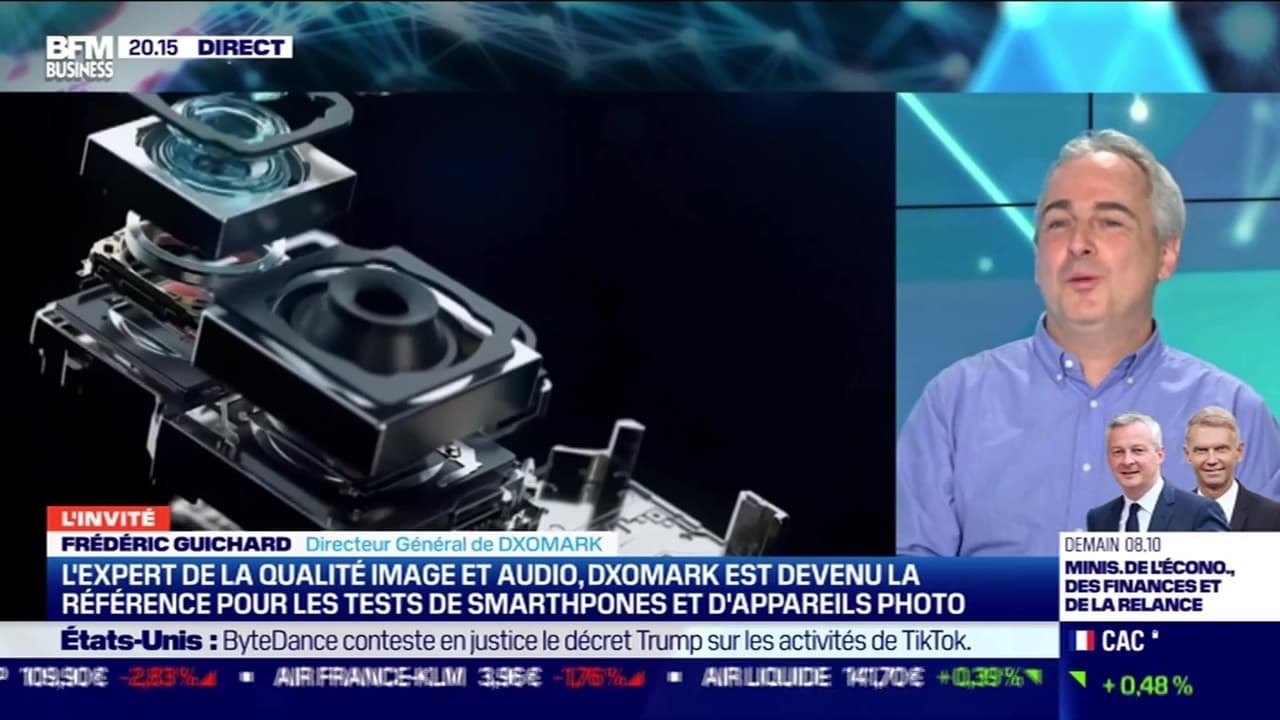 The homeland of Daguerre, Angénieux and Cartier-Bresson has one of the strongest photographic cultures in the world. But the industrial legacy around boxes disappeared in the 20th century, even as David Barth Pixii’s company tries to recreate an ecosystem. It is on the side of our “school of mathematics” and of DxO that we must immerse ourselves. In the past, DxO had an “on-board electronics” division that did more or less the same job as Zeiss or Leica: the camera module of the late Pré de Palm had therefore been developed in collaboration with DxO. After going into receivership, DxO closed this division and some engineers ended up in GoPro’s French unit in Issy-les-Moulineaux.

Then, what was left of the company was split into two separate entities: DXO Labs publishing software – Photolab, Filmpack, etc. And DXO Mark, which has recovered the test and qualification system for sensors and optics (and now smartphones and microphones) from the former entity. DXO Mark continues to publish its photo classification of boxes and smartphones and still markets laboratory test software (Analyzer).

Do you also deal with engineering consultancy or even upstream co-development like Zeiss? Perhaps, but his classification model is not ideal, as it is difficult (impossible?) To be both judging and judging. In any case, if there is a know-how still alive in France, it is far from the power of the German Zeiss, both in technology and in marketing: no smartphone has ever been branded “made with DXO”. But you should never say never.